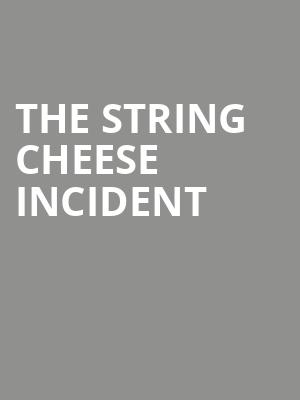 Celebrate over 25 years of The String Cheese Incident!

Why See The String Cheese Incident?

The term 'Progressive Bluegrass' may not apply to many bands, but The String Cheese Incident is certainly one of them. The wildly inventive and slightly crazy jam band bring in influences from every genre under the sun and create a sound unlike any other.

Formed in Colorado in the early 90s, The String Cheese Incident have been making music for over 25 years! They marked their 20th Anniversary a few years ago with the release of a new album in 2014 entitled A Song in My Head (their first in nine years) followed up by Believe in 2015. They're a must see live, not only for their spiralling musical improvisations but also the spectacular stage production which accompanies every one of their concerts.

You may be required to have had a COVID vaccine in order to attend this performance or show proof of a negative test. Please contact the venue directly for more information on this.

Sound good to you? Share this page on social media and let your friends know about The String Cheese Incident at Sprint Pavilion.